The village of Kimpton is situated in beautiful Hertfordshire countryside between the Mimram and Lea river valleys, about three miles from Harpenden. It is well connected with St Albans, Hitchin, Welwyn Garden City, Luton and Stevenage all within a short car journey as are the M1 and A1(M). Travelling into Central London can take under an hour (on a good day!). 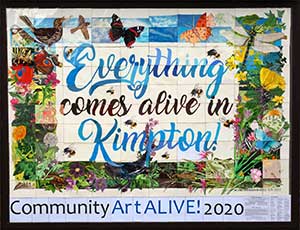 The Parish of Kimpton comprises of Kimpton itself, with a population of around 1,400, the hamlet of Peters Green and the adjacent settlement of Blackmore End with populations of 80 and 800 respectively.

The village has a reputation for its strong community spirit with groups and organisations to suit all ages and interests. Visitors comment on the ‘caring attitude’ that exists and on the numerous gestures of goodwill by residents and local businesses. The local Corner Stores was presented with ‘Hero of Hertfordshire’ for their unstinting service in supplying foodstuffs and essential items during the lockdowns in 2020. There is a strong volunteer ethos and desire to help one another with all ages participating in the many community events organised throughout the year, see the calendar of events.

Kimpton enjoys an extensive rights of way network for walking and cycling.

Over 2,400 residents, old and new, are connected through a Kimpton Village Facebook page that was set up in 2016 with more social media networks operating for individual events and groups. We have the Kimpton Parish Magazine published quarterly, regular e-bulletin newsletters, notice boards and of course word of mouth to keep everyone informed of what’s going on. 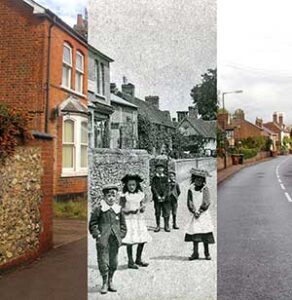 Kimpton was mentioned in Doomsday Book with its rich history recorded by Kimpton History Group. The architecture in the village is mixed with some houses on Kimpton High Street dating back to the 16th century, although many are 19th and early 20th century. There are sizeable developments of houses from the 1960s and 1970s with our latest housing development at Probyn Close completed in January 2017. Click here to find out more about the history of our village.

There is a village shop and post office, a doctor’s surgery, and a thriving Primary School, Nursery and Pre-School. The village has two recreation grounds with sporting facilities, two village greens and several open grass areas.

We have a significant number of businesses operating on a small industrial estate on the edge of Kimpton plus a large number of people working as sole traders in the area.

Kimpton has a spacious flint-built parish church in the unusual transitional style between the Norman and Early English – the oldest bell in the tower dates from the 1300s.  It is the only Grade 1 Listed Building in the parish and internally, the Dacre Chapel has a fine Perpendicular screen.